Enter your City name or Pincode

The census town of Ballavpur in the District of Barddhaman in West Bengal is famous for its natural beauty and cultural heritage. This city of West Bengal comes under the Raniganj Police Station which belongs to the Asansol Subdiv. The town is just 3 kms away from Raniganj and is about 199 kms away from Kolkata. Kulti, Chirkunda, Asansol and Barakar are the cities that are located in the vicinity of Ballavpur. Ballavpur is positioned at the border of Bankura District and Bardhaman District. Mejia in District Bankura lies in the South direction from Ballavpur. 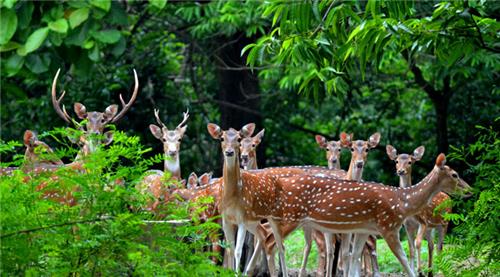 Geography and Climate of Ballavpur

Ballavpur is positioned at 23.584293°N North and 87.116954°East. The entire region of Ballavpur is made of surging latterite expanse. This region is flanked by Ajay and Damodar rivers. The avg. distance between these 2 rivers is approximately 30 kms and they flow nearly parallel to each other. The region once covered with dense forests was a safe heaven for looters and robbers. After industrialization the face of the region changed paving way for the establishment of numerous industrial units. The maximum and minimum temperatures during the summers are 44 degrees and 26 degrees respectively. Winters are soothing with minimum temperature dropping down at 8-10 degree Celsius while the maximum temperature hovers around 27-29 degree Celsius.

As per the census of the year 2011, the population of Ballavpur was 6468, out of which females comprised 3069 while males constituted 3399. The avg. literacy rate of the town is 80.95 percent which is greater than the state average i.e. 76.26 percent. The female and male literacy rates are 71.62 percent and 89.44 percent respectively. The populace of kids which fall in the age group of 0-6 years is 687, i.e. 10.62 percent of the total populace of the town. English and Bengali are the predominant official languages of Ballavpur.

Bengal Paper Mills which was established here in 1887 was producing about 11760 tonnes paper at the time of independence. In 1983, this paper mill was stopped. All the properties and possessions of Bengal Paper Mills were taken over by Kolkata’s EMTA Group. The group had to shell out about 25 crores to get this deal. In the newly formed company new machinery has been installed which produces specialty paper. Besides this, a thermal power plant with 300 Mega Watt capacity and an integrated steel plant have also been established within the present complex. Almost 1600 crores have been splurged on these projects.

There are a few places of attractions in and around Ballavpur. The Ballavpur Wildlife Sanctuary is a must-visit for the tourists who are visiting Ballavpur for the first time. Tourists can take pleasure in the flora and fauna of the sanctuary. This sanctuary is also famous as the “Deer Park”. This is a forested area which is situated near Shantiniketan in the Birbhum District’s Bolpur Subdiv. in West Bengal. Here one can witness spotted deer, blackbuck, foxes, jackals and various water birds.

The Railway Station of Raniganj is the nearest rail head to Ballavpur. The Asansol Railway Station is the major rail head which is located just 20 kms away from the town. Ballavpur can also be reached by taking a bus, private car or a taxi from the nearby cities.

Are you a Business Owner?

Add the products or services you offer